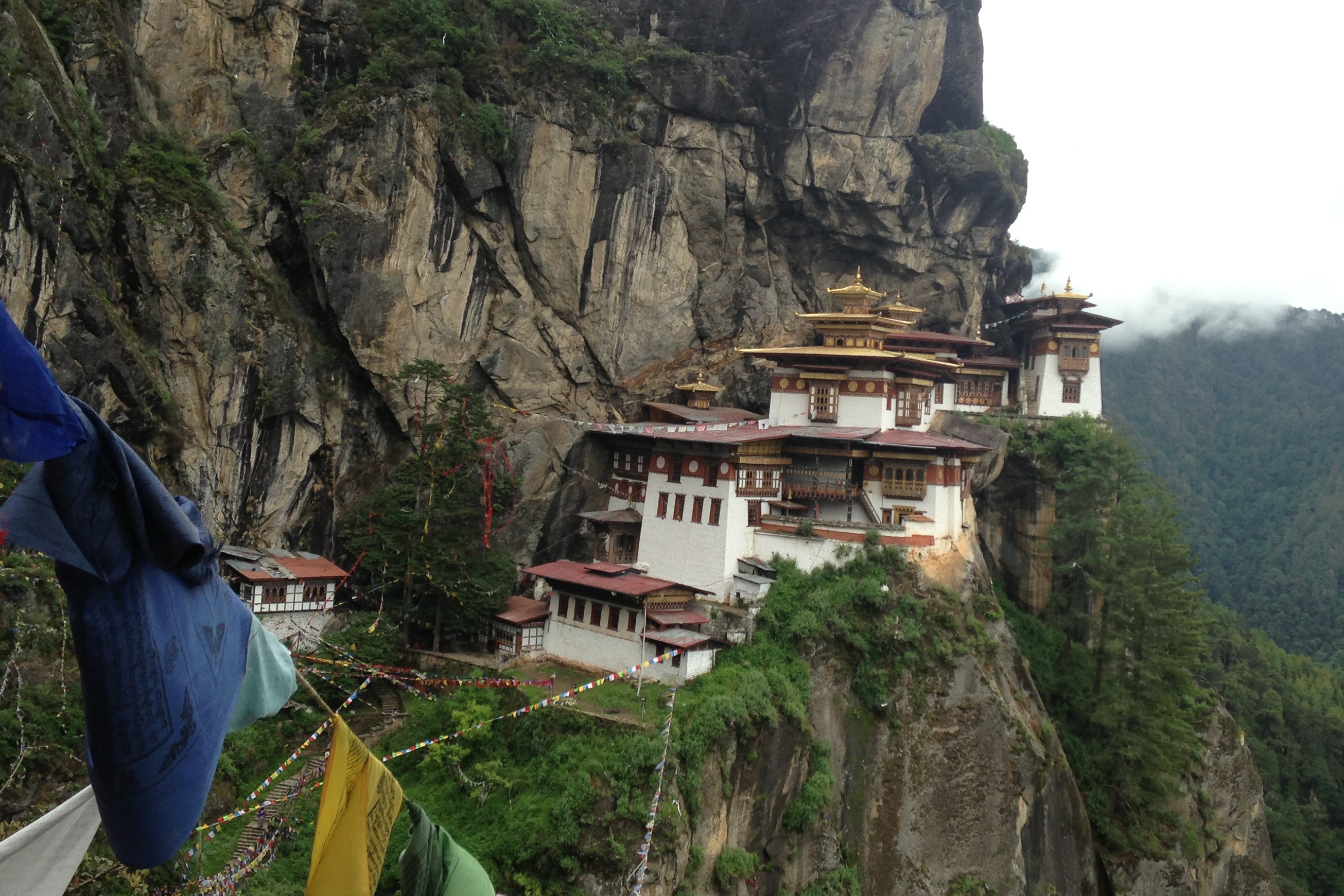 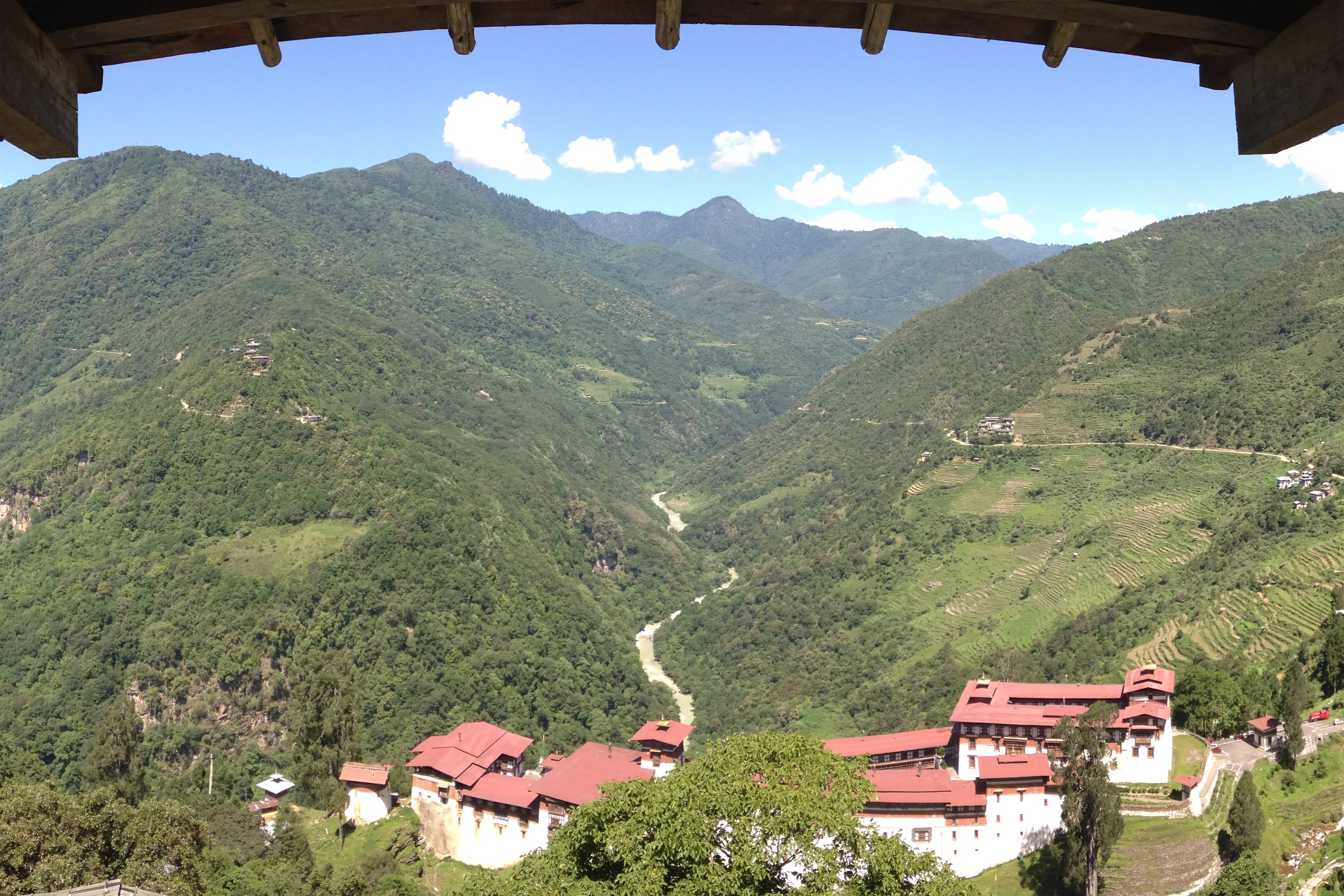 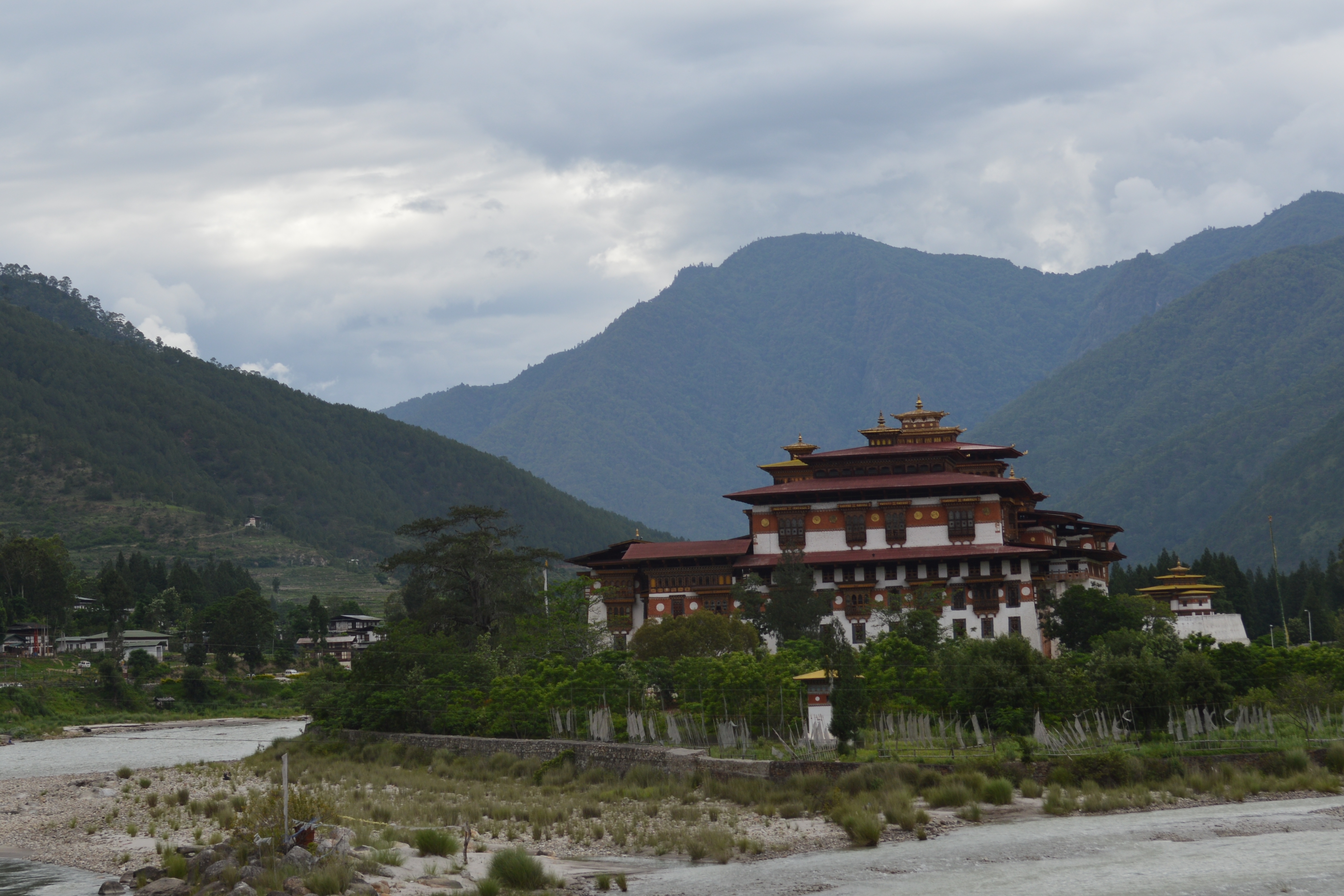 Jomolhari Trek It is the longer of the two Jomolhari routes and the most popular trek in Bhutan. With altitude differences of 2,500 m and nearly 5,000 m (the lowest and highest points of the route), it offers a wide range of landscape, fauna, and flora. The highlight of this trek is the spectacular view of Mount Jomolhari from Jomolhari Basecamp, Jangothang. Nearly the whole trek goes through a small part of the Jigme Singye National Park, passing a few of the Yak herder’s settlement and the remotest region of Lingshi. One should be reasonably physically fit to enjoy the majestic mountain views, endure thin air, serenity & the wilderness of the landscape while on the trek.

Treks vary from short, three-day walks across low altitudes to the three-week Snowman Trek that covers 356 kilometers and climbs three of the Kingdom’s highest passes. Not only the overall duration but also the daily walking distances vary substantially according to the different trek routes.

Treks vary from short, three-day walks across low altitudes to the three-week Snowman Trek that covers 356 kilometers and climbs three of the Kingdom’s highest passes. Not only the overall duration but also the daily walking distances vary substantially according to the different trek routes.

Although trekking gear is available in Bhutan, you are advised to bring your own.

What to Bring FOR ALL TREKS

The flight into the Himalayas reveals scenic and breathtaking views of the Himalayan Mountains around the world. If weather permits, you will be able to see Mt. Everest (8848 m, 29,198 ft) and other Himalayan mountain ranges. After checking into the hotel on a later visit,

Your representative from Raven Tours and Trek will greet you on arrival and drive you to the hotel where you will be staying.

Later visit, Rimpung Dzong: The Bhutanese Dzongs are huge architectural structures constructed for a variety of functions throughout the country, from administrative buildings to monasteries and temples, yet they are carefully and thoughtfully designed and are strikingly beautiful. The Rimpung Dzong, known as the "fortress of the heap of jewels" in the picturesque setting of the Paro valley, is of course no exception, having been built in the time of the dynamic spiritual and political leader Zhabdrung in 1644. Once a year, as part of the Tsechu festival, one of the oldest Thongdol (gigantic scroll paintings) is ceremonially unfurled here.

Kichu Lhakhang (Monastery): It is one of the two most sacred and oldest temples in Bhutan. It was built in the 7th century by Tibetan King Songtsen Gampo.

﻿A morning hike to Taktshang Monastery (the Tiger’s Nest): This is Bhutan’s most recognizable cultural icon, perched 800 meters (2640 feet) up a seemingly sheer cliff. Although it was tragically and mysteriously consumed by fire in April 1998, it has now been restored to its former glory. It is believed that in the 8th century, the great tantric master Guru Rimopche/Padmasambhava (2nd Buddha) flew on the back of a tigress to the site where the monastery now stands. Three hours hike to and fro, some gentle and some steep hike, some stony foot path and some good ones) If you ride a horse upward it will cost extra US$15 per person.

Visit Farmhouse:  Eating, taking bath and staying for a night at a local farmhouse gives a different variation, and a chance to see the inside of such a home, rather than just the brightly decorated exteriors.

Later, stroll around the town and see how the locals live. If you take a hot stone bath and eat in the farm house, it will cost an extra $25 per person.

﻿Drukgyel Dzong–SSharna Zampa (distance: 17 km, four to five hours, 360 m ascent, 80 m descent, camp altitude: 2,850 m). Drive up to Drukgyel Dzong (2,580  m), where the road ends and the trek begins. With a gradual climb, the trail follows the Paro Chhu, passing beautiful meadows, paddy fields, and impressive farm houses. After about four hours, you will reach the army post at Gunitsawa village. At the army checkpoint, your trek permit (provided by your tour operator) will be checked and endorsed. The campsite is on the opposite side of the river, not far from Gunitsawa.

Sharna Zampa-Thangthangkha (distance: 22 km, seven to eight hours, 770 m ascent, 10 m descent, camp altitude: 3,610 m) On this long day, the trail continues with lots of small ups and downs. After going uphill through the river valley, you enter Jigme Dorji National Park. The valley finally narrows gradually to a mere path that descends to a meadow where a camp will be set up. From here, if weather permits, you will have the first great view of Mount Jomolhari.

Thangthangkha–JJangothang (distance: 19 km, five to six hours, 480 m ascent, camp altitude: 4,080 m). If you did not see Mount Jomolhari last evening, you will have a great chance to get a great view this morning. This morning the trek continued up the Paro Chhu valley, which widens into patches of alpine meadow and scanty growths of forest. Cross an army outpost along the way and enjoy a spectacular view of high mountain ridges and snow-capped peaks. Yaks and the herders' homes become a regular feature of the landscape. Passing the villages of Soe, Takethang, and Dangochang is another asset on this day. Reaching Jangothang, one of the most beautiful campsites in the Himalayas, you will again have a spectacular view of Mount Jomolhari.

After 15 minutes from the camp, the trail climbs rapidly for about half an hour and then becomes a gradual ascent to the Nyilila pass at 4,870 m. While on the climb, enjoy the surroundings. You might see herds of blue sheep grazing on the slopes of the mountains. From the pass, you will have spectacular views of Mt. Jomolhari, Jichu Drake, and Tsherimgang, all of them rising above 7,000 m. On the way down to the camp, you will pass some of the yak herders' tents, made from yak wool, where the herders take shelter while on the move to various pastures for their yaks. As you come down into the Lingshi basin, you get a wonderful view of Lingshi Dzong on a clear day. Tserimgang and its glaciers rise up at the north end of the valley. The campsite is next to a stone hut you reach just before Lingshi Dzong.

The trail climbs up to the Yelila Pass at an altitude of 4,930 m. On a clear day, you will get an excellent view of Jumolhari, Tserimgang, and Masanggang from the pass. The trek from the pass to the campsite at Shodu is a steep downhill.

The trail follows the Thimphu Chhu through rhododendron forests, passing beautiful waterfalls along the way. The valley narrows until the path takes to the slopes and gradually ascends to the ruins of Barshong Dzong.

The trail descends to the Thimphu Chhu river valley through dense forests of rhododendron, birch, conifer, maple, and bamboo, and then ascends to pasture lands. The camp is in a meadow.

The trail continues through forested areas, winding up and down and through a small pass. Langurs (monkeys) can be seen along the way. In Dodena, you will exit the Jigme Dorji National Park and reach the roadhead next to an impressive cantilever bridge.

Morning visit, the weekend market: Held every Friday, Saturday, and Sunday, the people crowd the stalls every day, dressed in full color, and gather to meet and barter, much like the street markets in London!

Simtokha Dzong: Zhabdrung Ngawang Namgyal was one of the greatest builders of Dzongs in Bhutan, and to consolidate his newly acquired domain in western Bhutan and to defend himself from both internal and external enemies, he started the construction of six Dzongs. The first dzong that he undertook to construct was the Simtokha dzong. The location has great historical significance. The present place where the Dzong stands was the crossroads of the three prominent western regions of Sha (Wangduephodrang), Wang (Thimphu), and Pa (Paro). The Dzong was successfully completed in 1631, corresponding to the Iron Sheep Year of the Bhutanese calendar, after two years. The Dzong was named "Sanga Zabdhoen Phodrang" (Palace of the Profound Meaning of Secret Mantras).

Later visit, textile museum: The foundation was laid in 2000 under the royal patronage of Her Majesty the Queen Ashi Sangay Choden Wangchuck. It was established with the aim of preserving and promoting Bhutanese textile arts. It’s a good place to see the art of traditional weaving being kept alive and preserved through exhibition and to see its good collection of old textiles, which are rich in colors and designs. You will also see people weaving intricate designs.

Kuenselcholing View Point: The view point is also the perfect place to take in some truly breathtaking views of the entire city of Thimpu, where the largest Buddha in the world is being built.

Memorial Chorten: This particular chorten was constructed in 1974 as a memorial for the third king of the country, King Jigme Dorji Wangchuck, who is widely regarded as the father of modern Bhutan.

Tashichho Dzong: The name means "Fortress of Glorious Religion." It was built in 1641 by Zhabdrung Ngawang Namgyel. It houses the secretariat building, the throne room, the office of the king, and the central monk body.

Early breakfast at the hotel, then drive to the airport. Your escort will assist you with exit formalities and bid you farewell.