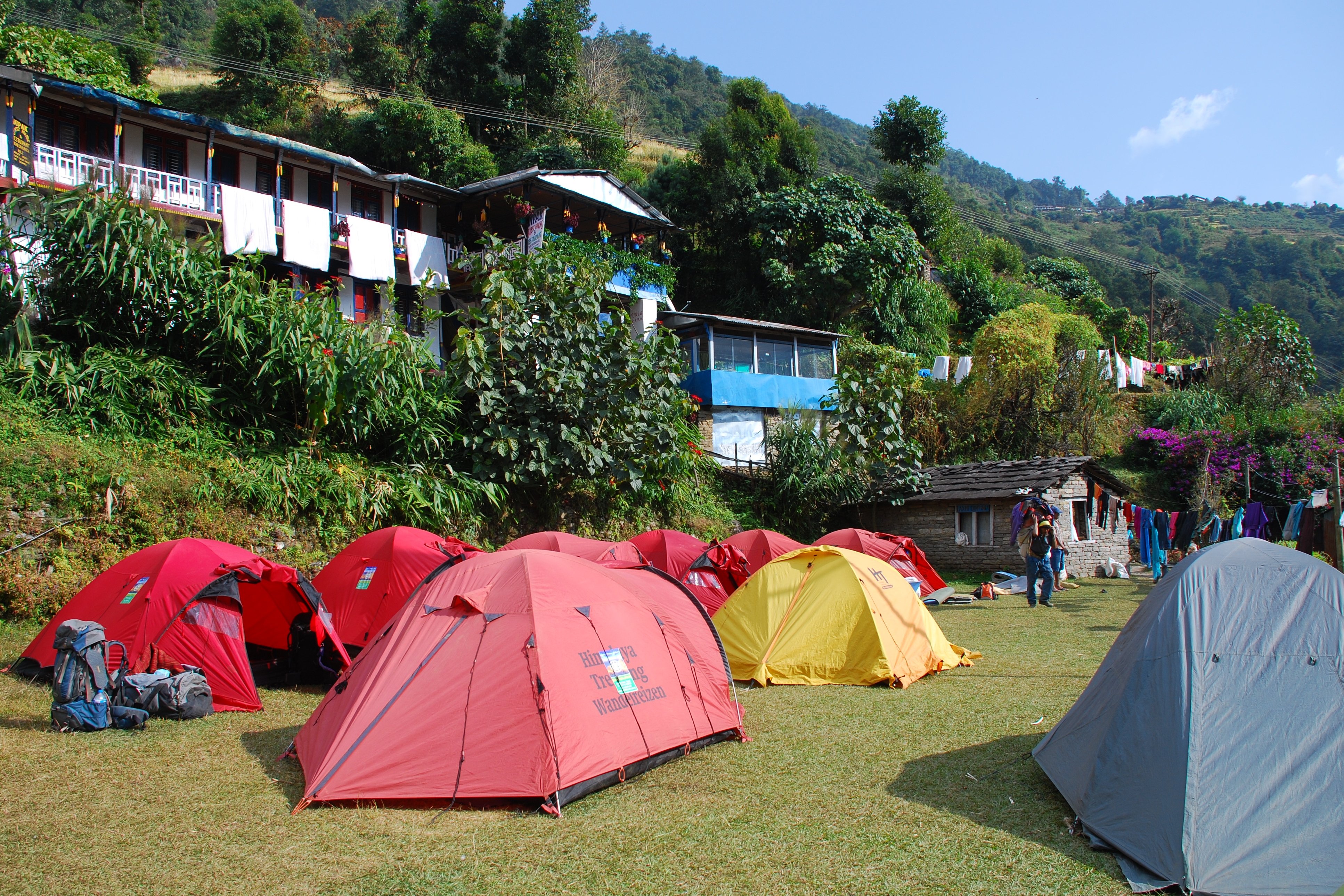 Kanchenjunga is the Tibetan term which roughly translates to  five jewels. The jewels are referred to the five snow capped peaks that  supplants the making of  the complete Kanchenjunga Mountain. Kanchenjunga constitutes five peaks .Among them , the main peak, west peak or Yalung Khang, south peak and middle peak are more than 8400m high.

Being a part of Kanchenjunga expedition is a  lifetime opportunity to delve into the wildest and most remote part of Nepal. Ace Holiday Treks is currently offering 50days Kanchenjunga Expedition We will reach domestic airport in Kathmandu and catch about an hour of Kathmandu Biratnagar flight. It is  from here that  we will take the a flight from Biratnagar to Suketar.

We will stroll through the teahouses at Mitlung, Chirwa and Sukathum to arrive at Amjilosa rover. Afterwards,we will move in and out of Tibetan village of Gyabla. Then, time to pass through the Tibetan refugee camp at Phale and move for a  Sherpa village of Ghunsa.

We will proceed to Kanchenjunga Base Camp. Before we reach the summit, there will already be four high camps . The route from Camp II to Camp IV is  dangerous given that  we need to proceed through the acefall, an area  prone to avalance.

April, May, October and September are the best months to set off for the  Kanchenjunga Expedition.<

Please Note: Tight fitting, figure-hugging clothing, such as those made with Lycra can often be offensive to locals, especially to women. If you find these items comfortable as a base layer, please pack something to wear on top of them.

You will find our representative ready to greet you as soon as you dislodge from the flight. You will be transferred to the hotel where you will get a brief orientation about the Kanchenjunga Expedition. Afterwards , you  might as well enjoy the delicious welcome dinner.

We will explore Kathmandu valley and prepare for Kanchenjunga Expedition. We will take a half day guided city tour during which we will explore UNESCO enlisted sites of Kathmandu namely Pashupatinath, Bouddhanath, Swayambhunath and Kathmandu Durbar Square.  We need approval from the Nepal Government to climb Kanchanjuga , but don’t worry  we will receive it from the Ministry of Tourism.

Biratnagar is a very viable  trade center . It is also the second largest industrial state located 290km far from Kathmandu in the south eastern Nepal . It is in a close proximity  to India border. We will take a 50minutes flight  from Kathmandu to Biratnagar . We will stay overnight in a hotel in Biratnagar.

It is the first day of trekking. We will chase the descending trail and pass through the lower territories of Kanchenjunga region. The trail continues through the valleys and meadow full of lush green vegetation to Hangdewa River. Crossing Hangdewa, we will proceed north along the bank of Tamor River and sharply  descend to Mitlung.

The trail moves in and out of dispersed settlement at Sinwa and lowers down to Tawa village. Escalating from the Tawa village, we will reach the suspension bridge at Thiwa .After we are done crossing it, we will head to the beautiful Chirwa village which is chiefly inhabited by Limbu ethnics.

Leaving the small Limbu village of Chirwa behind, we will traverse the dense pine forest and take a steep climb before lowering down through the crop fields to Tamor River. We will walk along the bank of Tamor River to Ghunsa River . We will cross  the river to reach  Sukathum.

Soon as we exit from the Sukathum , we will walk to the suspension bridge. Once we are done crossing  the bridge, we will proceed through the forest area and cross the river for the second time before heading up through gorge to Solima village. A brief walk through the series of ups and downs will take us to Amjilosa.

The trail along the bank of river , will lead us to the mirk woods of bamboo, blooming rhododendrons and fir trees. We will take an uphill climb and reach at the stonehouse nearby river. Crossing the river, we will climb the ridge that offering a beautiful  view of cascading waterfall. Then, we will  head further to Gyabla which is a Tibetan village.

Walking down from Gyabla village, we will cross the valley and arrive at Phale which is a community for Tibetan refugees. We will explore the Phale settlement and buy few gifts manufactured by the locals. We will traverse the forest and reach Ghunsa , the Sherpa Village.

Heading north from Ghunsa, we will walk along the bank of a river that allows heartwarming views of mountains in Nepa. We will arrive at the meadow afterwards . Once we exit from the meadow, we will chase the escalating trail to the bridge that exists at Rampuk Kharka. We will cross the cascading waterfall and walk through an area prone to  landslide prone  to Khambache

It is going to be a strenuous trek. We need to begin our trek early in the morning. The journey continues through dry and rocky terrain for most of the time. We will cross the moraines and boulders and walk down to the river. We will cross the river over the bridge and reach Ramtang Monastery. It Is  from here thet we will pass the landslide prone area to reach Lhonak.

Walking through the Kanchenjunga glacier, we will arrive at Pangpema which is the plain land full of lush green vegetation. We will climb the nearby ridge and enjoy the gratifying views of Chang, Kanchenjunga and other mountains in Nepal.

Trekking continues through the glaciers. We need to be cautious not to slip off as it is difficult to walk in the path that is lined with melting snow. We will enjoy the sight of various mountains in Nepal and prepare the camp in clear area.

We will listen to the instructor and practice  mountain climbing  on this day ,before we  actually climb the real mountain. We will learn to use climbing gears like crampons, cables and ladders.

Return trek begins on the 37th day. We will leave Kanchenjunga Base Camp and retrace our route back through glaciers to the valley of Pangpema where we will stay overnight.

From Pangpema, we will follow the route through forest with sight of cascading waterfall to Lhonak.

Leaving Lhonak behind, we will walk along the Ramtang Monastery and lower down to Khambachen. In route, we will get the views of Mera peak, Kanchenjunga Mountain, Gimmigela and other peaks. We will cross the forest and reach Sherpa village of Ghunsa.

We will take an  uphill climb to Selela. The trail continues through the forest of juniper and blooming rhododendrons to the top of Selela where we will stay overnight

It is going to be a challenging day. The trail is mostly an uphill work. We will climb the ridge that offers views of Jannu Mountain including Makalu Mountain which is the sixth highest mountain of the world. We will cross the small pass at Sinion La and arrive at Mirginla. Lowering down from Mirginla, we will reach Sinelapche Bhanjyang. From here we will lower down to Tseram or Cheram.

We will walk along the Yalung glacier to Simbuwa River.As we cross the river, we will move in and out of Lapsang village until we reach Ramche. Climbing through the  valley, we will proceed to Oktang Monastery. As we return  back to Tseram, we will lower down to Simbuwa River and proceed through rhododendron woods to Tortong . Here, we will stay overnight.

We will cross the temporary bridge over Simbua River and reach Lamite Bhanjyang .From this place , we will traverse the rhododendron forest and lower down to the grazing area at Chitre (2920m). We will cross the bamboo woods and arrive at Amji Khola.

The trail continues through Amji Khola to Yamphudin  at the confluence of Amji Khola and Kabeli Khola. We will cross the forest and walk through Dhupi Bhanjyang and crop fields at Darachuk. Crossing Yamphudin, we will walk for  4hrs to Mamanke

We will take the escalating trail to Bhanjyang from Mamanke. There is a  settlement of people from all these mixed ethnic groups including Rai, Limbu, Sherpa, Brahmin and Chhetris. We can enjoy the views of Kanchenjunga and Kyabru from the hilltop at Sinchebu Bhanjyang.

We will pass through few tea houses and arrive at the forest. Exiting from the forest, we will lower down the forest to Lalikharka meadow which is the grazing area used by locals for their cattle.

Following the trail through the south of Lalikharka, we will climb the hill located at an altitude of 2580 m. Crossing the Surke Danda, we will travel through rhododendron forest and reach Suketar where we will stay overnight

Early in the morning we will take a 30minutes flight  to  Biratnagar. We will take the connecting flight from Biratnagar to Kathmandu and stay overnight in a hotel at Kathmandu.

A bonus free day for you. You can spend the day exactly the way you want . You might want to have some rest in the luxurious room or go for shopping in Thamel.

In the last moment of your preparation , you will be prompted some help. Afterwards, our representative will take you to the  International Airport from where you will move to your next destination.