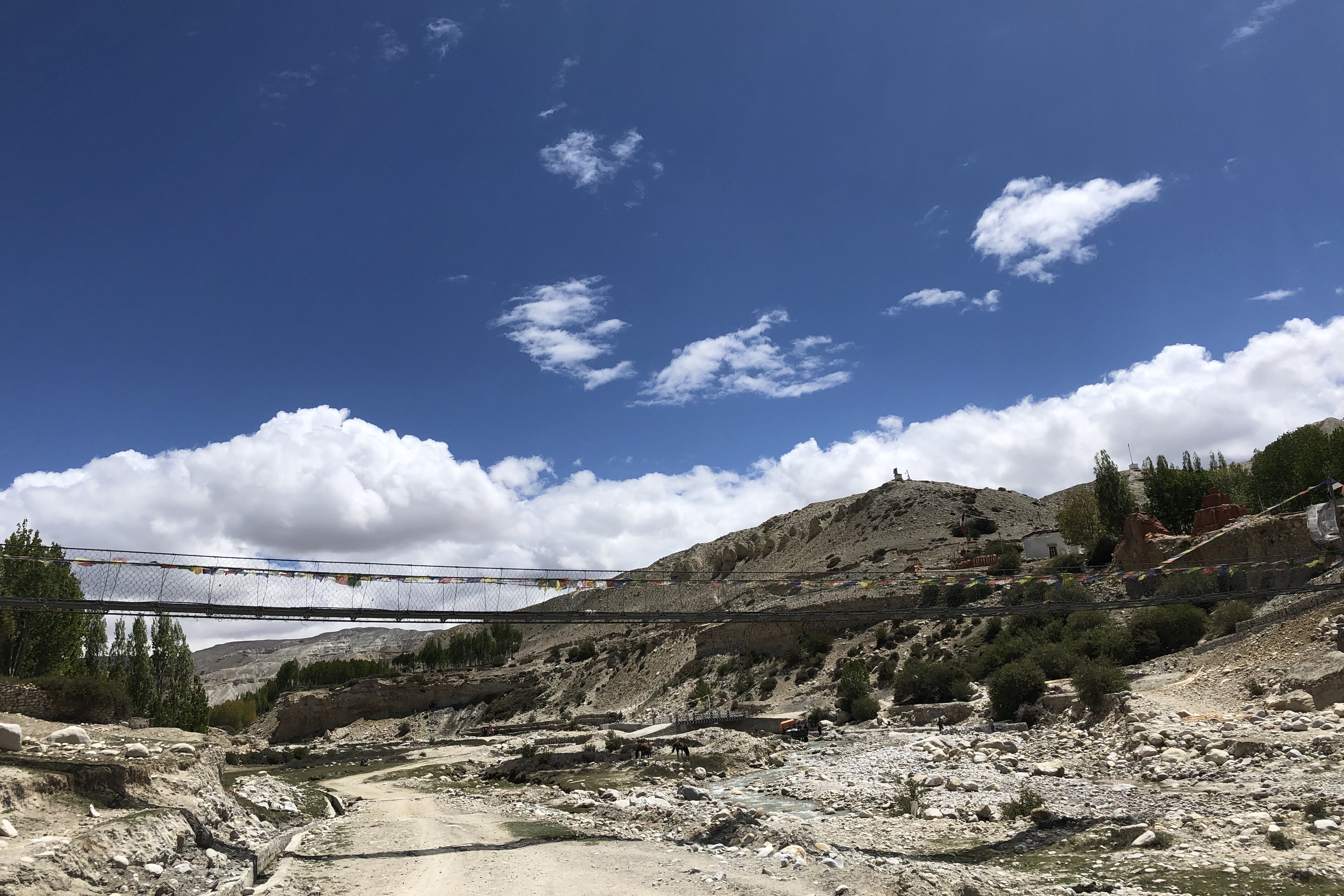 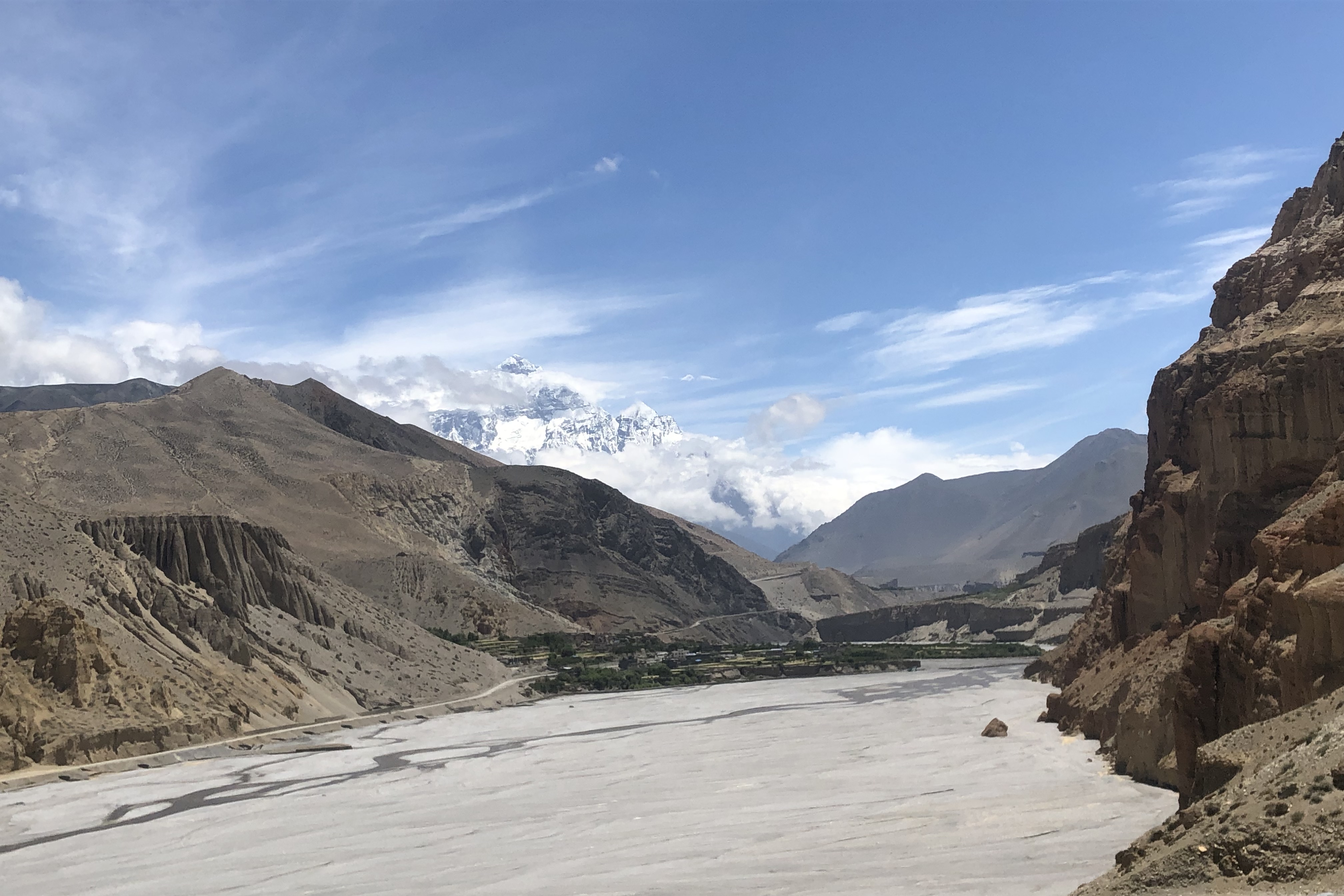 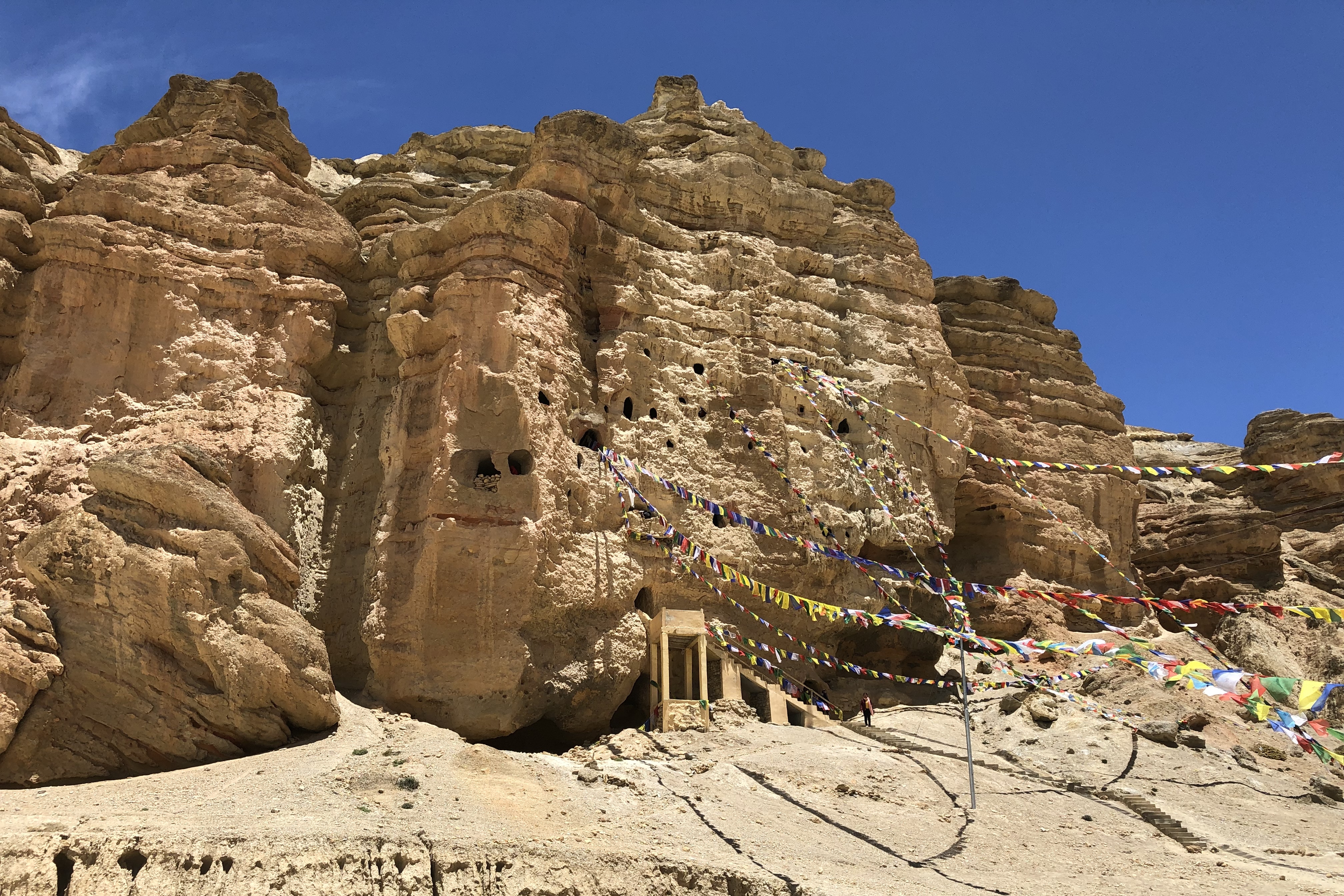 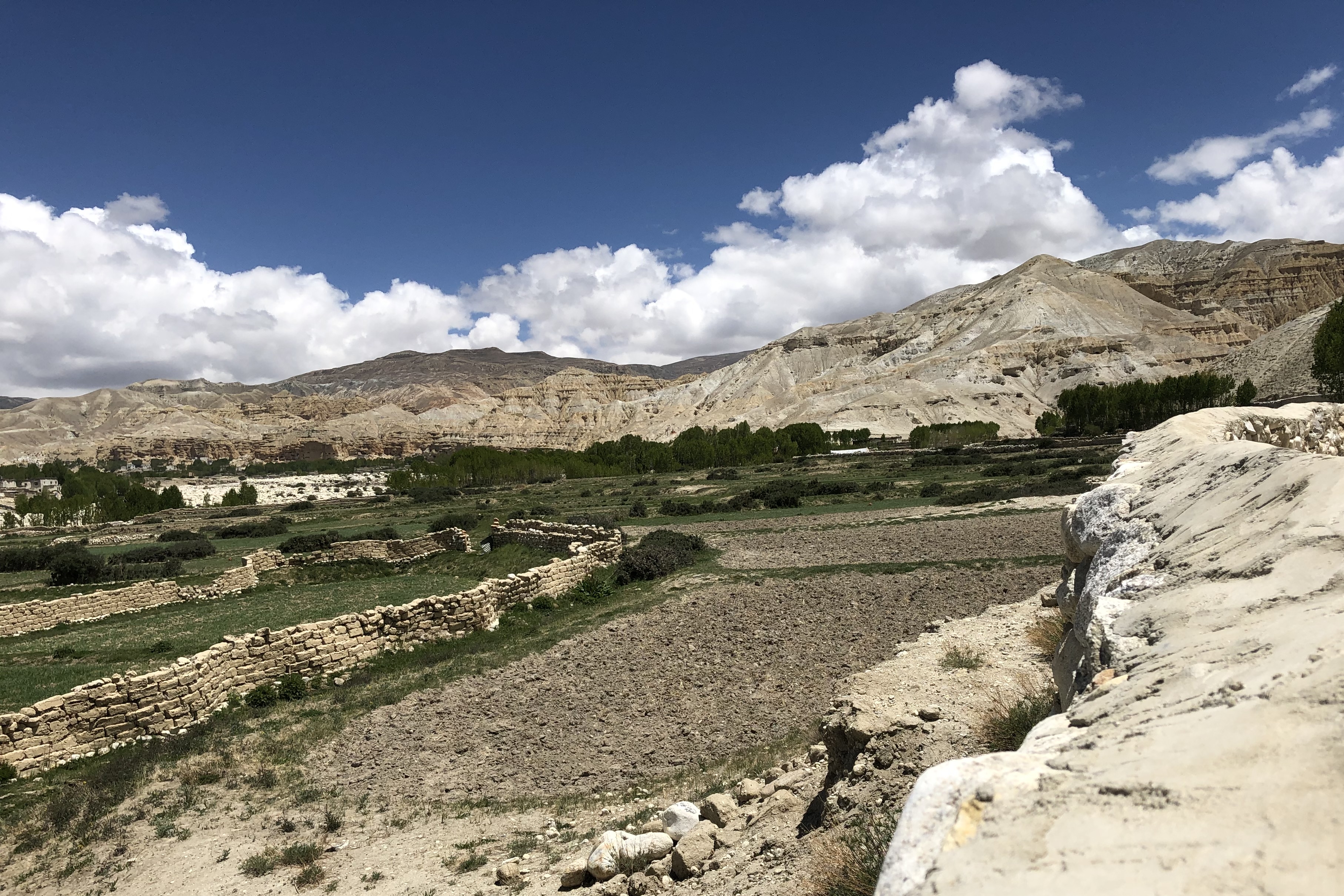 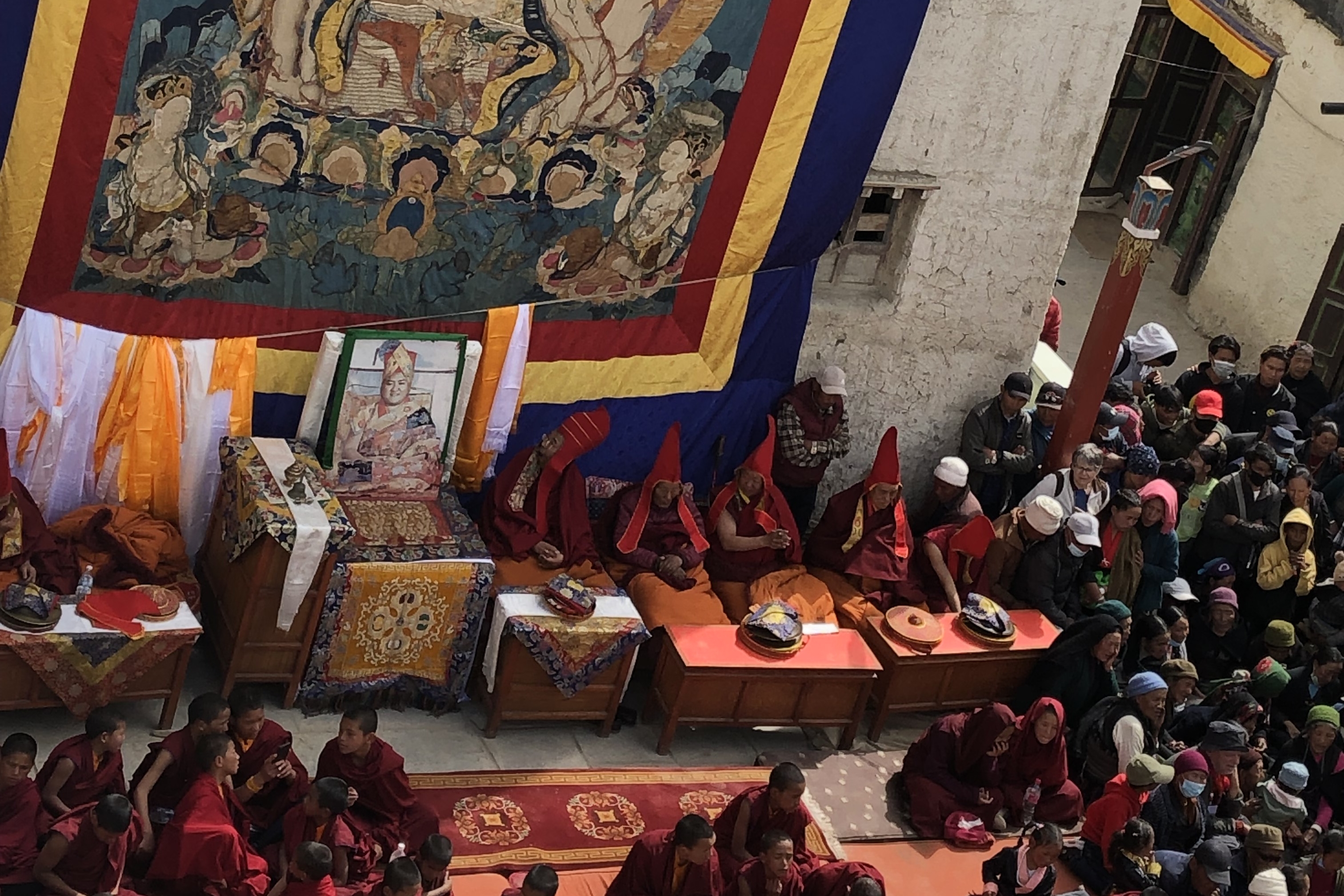 Upper Mustang Trek is a surge to the ancient utopian civilization in the Upper Mustang Region of Nepal. There are all these fascinating packages of places that come along with this trek. Lo Manthang, the ancient kingdom of Mustang district is rich in ancient history and mountain civilization. Likewise, a handy trek to this place  is an excellent way to know about the ancient Buddhist kingdom. Apart from the spellbinding mountains views, historic caves, beautiful monasteries : Amchi Museum, colorful walls, and the prayer flags are some of the other captivating attractions you wouldn’t want to miss during the hike .

The upper mustang itinerary starts from Kathmandu after you arrive at Tribhuvan International Airport. However, the trekking days will only start from Jomsom. With Heaven Himalaya, the maximum elevation you take on the trek is to Nyi La Pass after Ghaymi which is at 4010 m (13,156ft). Although the height you trek to is above 3500 m, it is a moderate level trek and doesn’t incorporate any difficulties. So, it is also a suitable option for beginner trekkers planning to hike in the high Himalayas.

Upper Mustang generally includes the northern half of the Mustang district close to the Tibetan Border. It is a very historically significant place till this date.

Upper Mustank  is a big piece of dry land. Nevertheless the  beauty it harbours is unmatchable. Since it receives the least rainfall, the region is one of the driest of all in Nepal.Despite being fry, there are all these beautiful rivers that walk along the mountains . For instance, it is one of the best sites for monsoon treks as well.

Undoubtedly, Upper Mustang has the unique beauty and glamour that no other trekking destination can provide. It is a rare gem to the people seeking mystery and creating mythical narratives of the world of fantasy. The trek will enamour you with all the beautiful mountains such as Mt. Annapurna, Mt. Dhaulagiri, and Nilgiri Himal. Furthermore you wouldn’t want to miss all thoise mysterious caves and ancient Monasteries.

Please Note: Tight fitting, figure-hugging clothing, such as those made with Lycra can often be offensive to locals, especially to women. If you find these items comfortable as a base layer, please pack something to wear on top of them.

We will drive around wonderful sightseeing spots in Kathmandu. We will visit major tourist areas that are enlisted in UNESCO’s World Heritage sites such as Hanuman Dhoka Palace, Pashupatinath Temple, Boudhanath, and Swayambhunath Stupa, etc.You might as well stroll around Thamel for antique shopping..

Early morning we will catch a bus to Pokhara. Almost after seven hours of drive, we will finally reach the city of lakes Pokhara. Strolling around the lakeside will be an amazing experience to you.With the scenic beauty of all the majestic mountains , lakes and night hotels, you are bound to feel elevated.

We will head to Pokhara Airport for the flight to Jomsom. Then we will start  our trek to Kagbeni.

Once we are done with the  special permit checking hike along Kaligandaki river , we will  ascend the ridges towards Tangbe village and finally arrive at Chele.

We will start an early ascent to  the Taklam La pass along the steep, dry terrain. After some  persistent descents, you will come across  a large gorge that opens up for Syanboche village.

Once we embark into the ascent to  Yamada La towards the deserted areas , we will reach Gailing .There are only few settlements at this place. A tough climb awaits in the Nyu La Pass which leads to Ghyami.

Today we will descend to the colorful valley and cross Tangmarchu River.Then , we will start our ascent towards  plateau and pass Mani Wall . Finally, we  head to Charang village.

Once we start descending to  Tsarangchu , we will  enter THolung village.Then begins an ascent to windy Lo pass towards Lo- Manthang

Today we will trek back to Charang.

We will start our hike in the flat land . Then begins the descent to The Khola. We will walk across the ridge downhill to reach Tange.

Today will be a long day to start off an early trek. We will ascend to Cacho La pass then descend to reach Tetang village.

Cross the Gyu La Pass and then descend to Chyangur village and then towards Muktinath.

Further, descend to Jharkot village then march  towards Jomsom through Kali Gandaki valley.

Today , we will catch a flight to Pokhara. Today will be the ultimate rest day. As we roam around the city, we might as well do some  souvenir shopping

Today is our last in the Capital. You can take a handy rest or go out to  visit somelocal area. You might as well enjiy some souvenir shopping.

On this last day, we will drop you at the International airport 3 hours before your flight time by our representative. Thank you and have a safe journey.