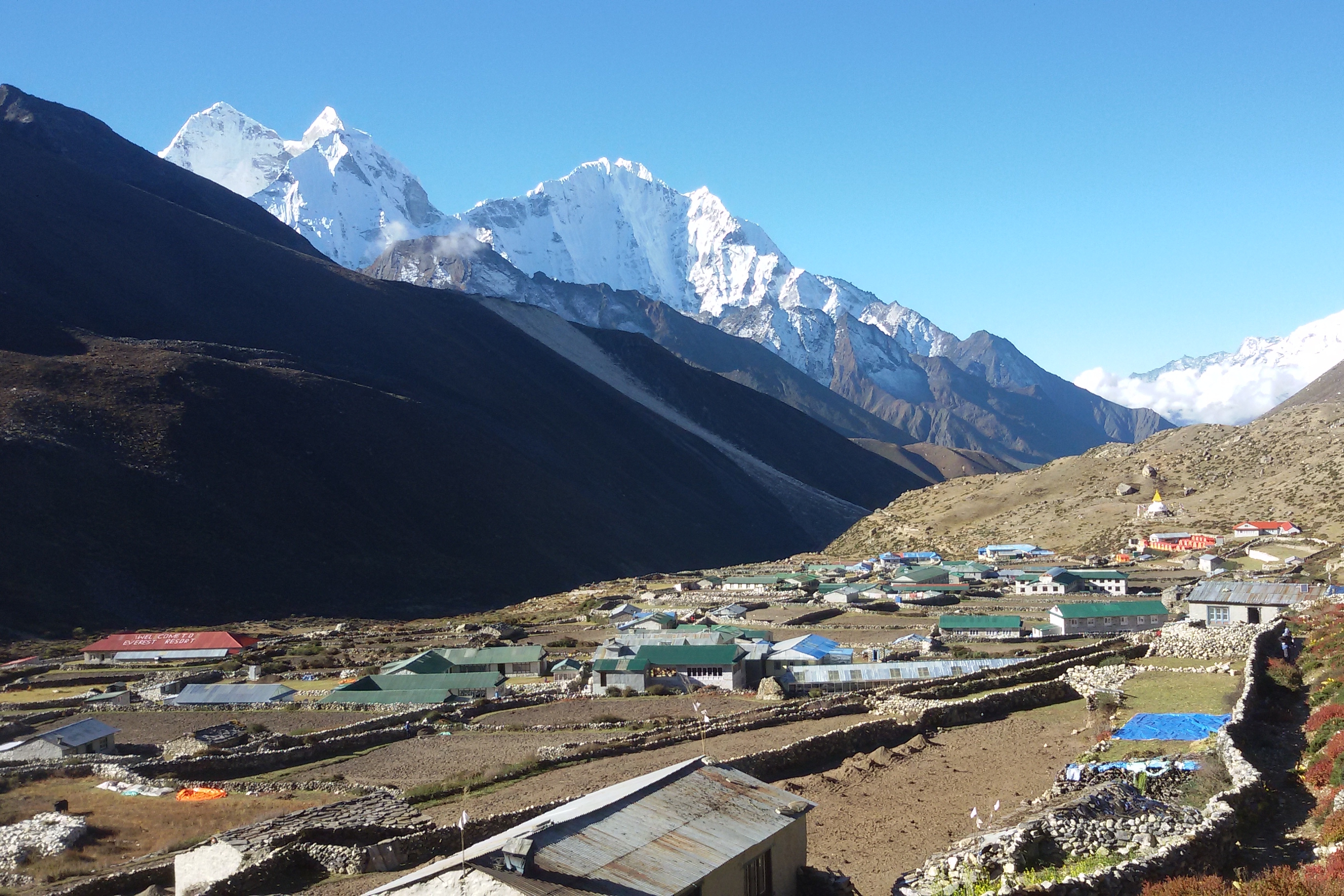 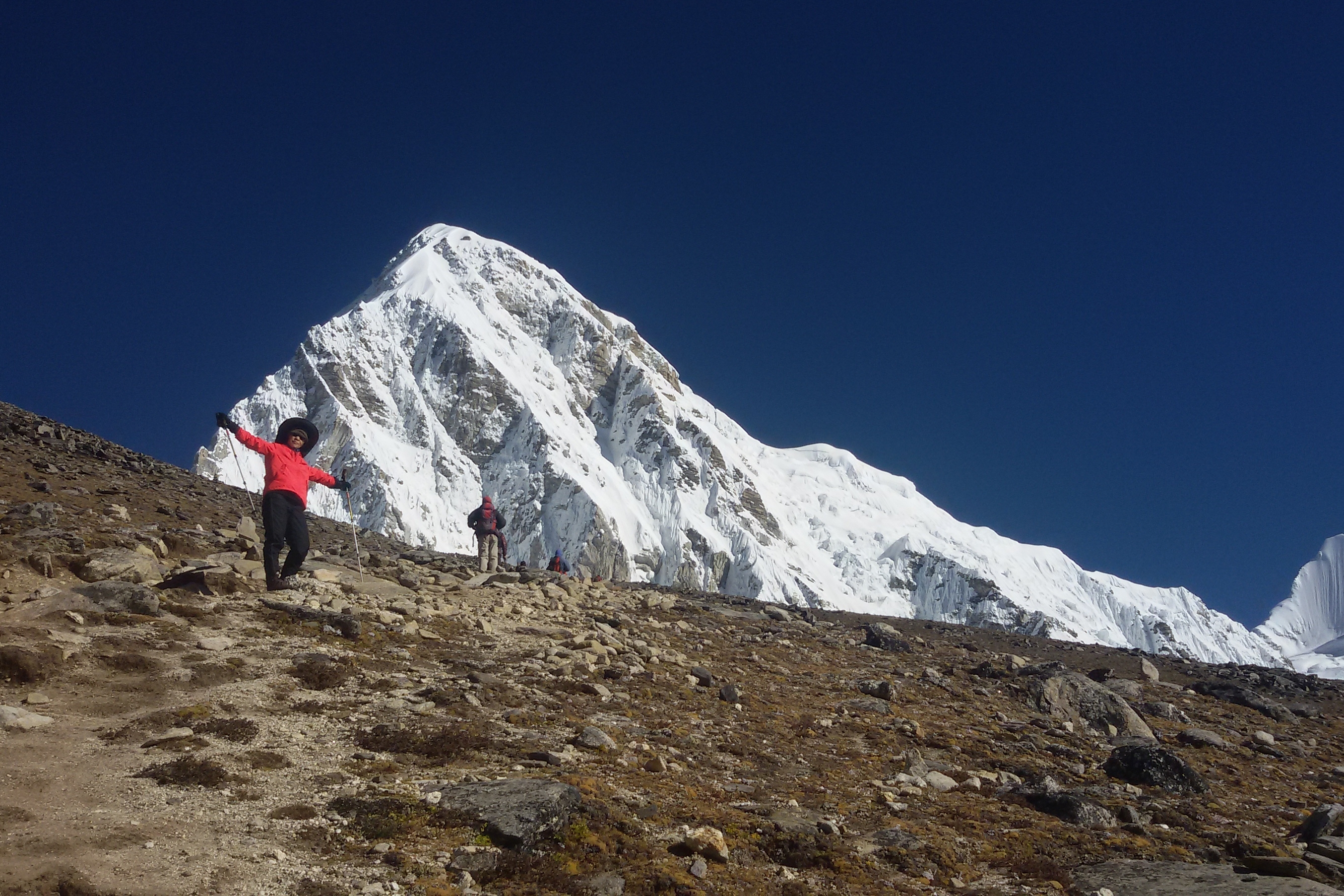 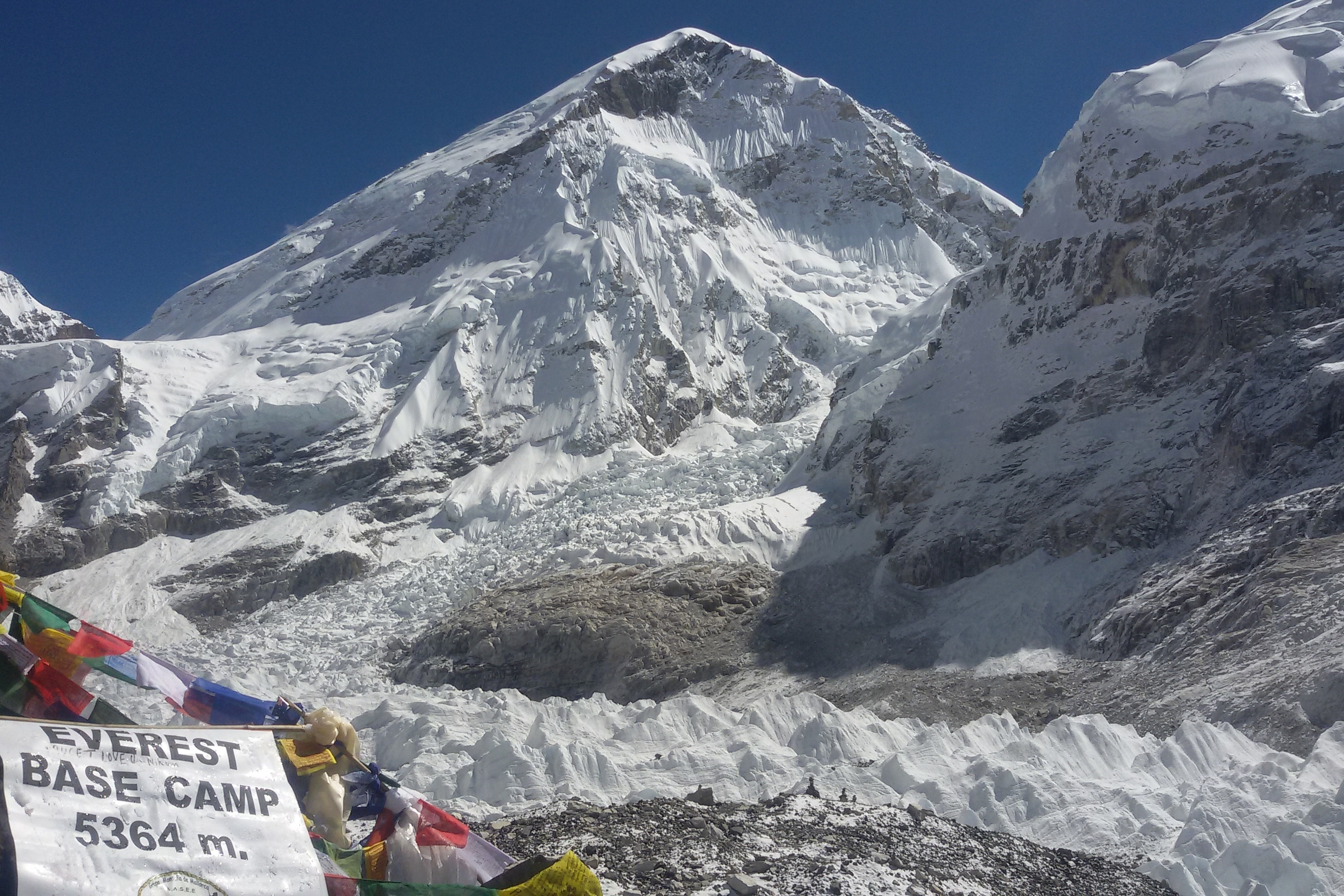 With colossal height of 8848m, Mount Everest is the highest mountain in the world that lies in Khumbu region of Nepal.

Trekking from Jiri was the only viable option in earlier days when there was no airport in Lukla. These days, Everest trek from Jiri is not followed by many trekkers. Therefore, you can enjoy the privilege of treading through the least crowded trekking area which progresses through High Himalayan forest of blooming rhododendrons, rivers, high passes, ridges and desolate settlements. You can find the remnants of  several century old culture and traditions still persisting today.

Kathmandu to Lukla flight supplants  the trekkers to save 8 days. In other words, it takes 8days to reach Phakding from Jiri while Phakding can be reached in a single day by taking Kathmandu Lukla flight. Many For the trekkers  on a pressed schedule and also for those willing to travel with adventures, Everest trek begins from  the trek Lukla to Phakding.

The trail for trek Jiri Everest meets with Everest trail from Lukla in Phakding.

We will pass through several sparsely populated villages and high pass to reach Phakding . Then we will continue the trail to Everest Base camp. Jiri Everest trekking is more beneficial than Lukla Everest Base Camp trek because Jiri Everest trekking allows longer days for acclimatization. We will cross Dudhkoshi River, climb Lamjurala pass, explore Tengboche Village which is the home for largest monastery in Khumbu Region. We will enjoy the panoramic views of Everest, Thamserku, Lhotse, Nuptse and Mera peaks, cross Trakshindo La Pass and Khari La Pass, visit Gorakshep lake and get sunrise view over Mount Everest from Kalapatthar.

You will find our representative ready to greet you soon as you disembark from the flight. You will be transferred to the hotel where brief orientation about the Everest Jiri trek is provided before you enjoy the delicious welcome dinner.

Early in the morning, after a  light breakfast we will  head out for half day guided city tour .We will explore UNESCO enlisted sites of Kathmandu namely, Pashupatinath, Bouddhanath, Swayambhunath and Kathmandu Durbar Square. Returning back, we will prepare for Everest Jiri Trek that will begin on the day that follows .

We will head north east of Kathmandu and follow the scenic Araniko Highway. In an eight hours long drive we will have travelled a 187km road to reach Jiri.  We will enjoy the sights of Ganesh Himal, Langtang Lirung and Dorje Lakpa Mountains and Koshi River between our exciting drive.

Everest Jiri Trekking begins at Jiri. We will leave the paved road in Jiri and traverse the woods and stone steps to the river. Crossing the river, we will take the rising path to Shivalaya which liesn in an altitude of 1810m.

Walking further up from the Shivalaya, we will reach Deurali  standing in an altitude of 2710m. Keeping up with the trek, we will walk past the dispersed settlements of Sangbadanda, Khasrubas, and Mahabir to arrive at Bhandar. From Bhandar, we will take a  descending trail to Doharpa and Baranda villages. We will cross the bridge and take the escalating trail to Kingja.

The trek begins through the dense forest of blooming rhododendrons, maple and birch. On this day , the trek lends you  a rare opportunity to watch  all the beautiful birds in the Everest. We will climb further to Lamjura Bhanjyang , a place that  offers striking views of mountains and peaks in Nepal. We will climb further to Tragdobuk that leads  us further to Junbesi standing at an altitude of 2700 meters.

As we cross the river,  we will take the escalating trail through forest to reach the top of ridge. We will enjoy the majestic views  of Everest, Thamserku, Nuptse, Mera Peak and Lhotse mountains from the ridge . Then, we will walk through Salung to Ringmo Khola. We will climb from the river to Ringmo village. Advancing further, we will climb Trakshindo La Pass and walk through Trashindo to Nunthala.

After taking a  short walk through the scattered Sherpa villages, we will walk down to Dudh Koshi River. We will cross the bridge .Then, walk along the  trail to Jubing , a  Rai village. We will climb the hill to Kharikhola.After we are done with everything, its time to cross the river over bridge and walk down to Bupsa.

We will climb the forested ridge and reach Kharte village. We will climb further to Khari La Pass . Here the striking views of Gyachung Kyang and Khumbila Mountains will keep us grounded. We will descend to Puiyan and proceed further to Surkhe. Chheplung is located near  Surkhe.

We will walk along the street lined with Mani Walls. We will walk through the forest to a steel suspension bridge. Then, time to climb the hill and cross another bridge over Thado Koshi River until we reach Dudh Koshi River. After this, we will move in and out of Ghat to reach Phakding.

The trail proceeds  through the dense thickets of pine woods. We will pursue the trail to the suspension bridge over Dudh Kosi River. Once we cross the river, we will spot the culturally rich Sherpa villages of Benkar, Chumoa, Monjo and Jorsale to reach Namche Bazaar which is the trade center and also the gateway to Everest Khumbu Region

We will witness a sharp increase in altitude soon as we  reach Namche Bazaar. Stopping to rest a little while  will reduce the possibility of altitude sickness. We will explore the market area of Namche Bazaar and also visit nearby Khunde village.

Early in the morning, we will traverse the forest of rhododendron and juniper once we leave Namche Bazaar.Then we will  and take the descending trail to Kayangjuma. We will walk along small Sherpa settlement at Sansa to forest . It is from here that  we  head to Dudh Koshi River. We will cross the  river over suspension bridge until we  reach Phuki Thengna .From this spot, we will take the ascending trail to Tengboche Village.

We will wake up early in the morning and head to the top of  the ridge that allows striking views of Ama Dablam, Nuptse and Everest Mountains. Returning back, we will pay visit to Tengboche Monastery which is the largest Buddhist Monastery in Khumbu Region. We will pass through the settlement at Pheriche and lower down to Lobuche River from where we will follow the steep path uphill to Dingboche.

We will advance through Khumbu Khola Valley and take the raising path to Dusa. We will cross Phulung Karpo and descend down to the river. We will cross the river over the bridge until we  reach Dughla. As we climb the ridge, we will move in and out of Chupki Lhara and walk down to Khumbu Glacier. We will move through rocks and boulders to Gorakshep. We shall  walk 5km more to reach Lobuche.

We will exit from the Khumbu Glacier and climb the ridge to view Pumori, Khumutse and Nuptse mountains. Walking further, we will reach Thangma Riju .It is from here that we will move through the scenic routes to Changri Glacier. Changri glacier offers the initia  view of Kala Patthar. Likewise, we will reach Gorak Shep Lake. Proceeding further, we will head to Everest Base Camp and enjoy sights of Nuptse, Khumbutse and Pumori Mountains. We will return back to Gorakshep.

Early in the morning , we will trek to Kalapatthar and enjoy the view of sunrise over Mount Everest. The route offers views of Lingtren, Khumbutse and Changtse Peaks. We will return back to Gorakshep.

After the luch is done, we shall continue walking further until we reach Pheriche . The village  is  small yet culturally rich .Located at an altitude of 4371m, the village is populated by sherpas . The culture in Pheriche is much influenced by neighboring Tibetans.

We will walk through the hidden valley of Khumbu that stands at an altitude of 3970meters. The trail continues to the base of Khumbila Mountain. Khumjung is the largest village in Khumbu region. It is believed that Khumjung monastery possesses the scalp of yeti.

After an early breakfast, we will lower down through blooming rhododendron forest and walk along local tea houses to Phakding  at an altitude of  2610 meters.

From Phakding, we will retrace our route to hotel in Lukla. We will take some  photos and pack the things for our flight to Kathmandu.

We will take 35minutes flight with all the beautiful traces of Lukla on our way  back. We will return to our hotel in Kathmandu and celebrate our  successful Everest and Jiri trek.

Our representative shall be waiting outside the hotel for you to get ready. Then, they shall take you to the airport to depart.We hope you have a happy journey back  home. Cherish the memories of the trek.